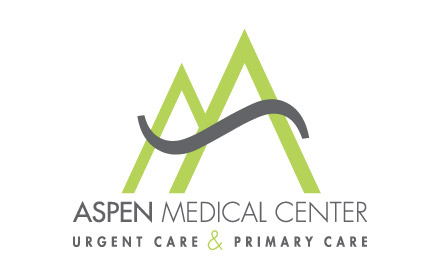 If you’ve ever had a runny nose in the middle of summer, you’ve probably always wondered if it is indeed a cold caused by a viral upper respiratory infection or just seasonal allergies. Both conditions have very similar symptoms, and it’s easy to mistake one for the other. The question is, what’s the difference between colds and allergies? With help from a local primary care doctor, we try to answer what the common cold and seasonal allergies are and how you can tell one from the other.

What Are Summer Colds?

The common cold is caused by any one of hundreds of different viruses that attack the upper respiratory system. You’ve probably heard of rhinovirus, which is just one category of viruses that are one of the leading causes of the common cold. There are hundreds of different strains of rhinovirus that cause colds, but catching a specific strain of the virus could actually help you produce immunity to that particular strain.

Compared to seasonal allergies, colds are upper respiratory infections that could happen to you all year round but are more prevalent in the colder months. Colds aren’t caused by cold climates or exposure to cold air. Some of the common symptoms of colds include:

What Are Summer Allergies?

On the other hand, allergies work in an entirely different way. They can sometimes mimic the effects of a cold, and they’re also very likely to strike in winter. However, they are far more common in spring, summer, and fall because of the proliferation of allergens in the air.

Allergies are manifestations of the body’s allergic reaction to plant pollens released during the growing season. These allergens are often inhaled into the nasal passages. Once your body detects the presence of these allergens, they will begin the process of ejecting it out of your body through sneezing, resulting in a runny and stuffy nose. Some of the most common symptoms caused by seasonal allergies are:

How Is a Summer Allergy Different from a Cold?

The fundamental difference between colds and allergies is that the former results from the body’s immune system combatting a disease-causing virus. The latter, on the other hand, happens when the immune system incorrectly identifies an otherwise harmless protein like pollen, pet dander, or dust.

Allergies typically cause a clear nasal discharge, accompanied by an itchy sensation in the sinuses, ears, eyes, or throat. Sneezing is not uncommon, nor is the feeling of stuffiness in the head. It’s very much possible for your eyes to become red and irritated as a result of an allergic reaction.

According to a primary care physician in Santa Fe, NM, the common cold may provoke certain symptoms that are not shared by allergies, such as sore throat, fever, or body aches. Also, a typical cold will run its course within seven to ten days. However, allergies can last for much longer, depending on what you’re allergic to and what happens to be pollinating. As long as you are exposed to these allergens, you will continue to experience the symptoms of seasonal allergies.

Allergies are caused by pollen and other similar allergens floating around in the air, while colds result from a viral infection. Generally speaking, allergies do not cause fever, and they are much more persistent. A cold from a viral infection will last a couple of days until your body has successfully eradicated the virus.

Aspen Medical Center welcomes you to our locally owned outpatient medical facility in Santa Fe and Espanola, NM. We offer family urgent care and primary care services to all our clients. If you have any health concerns that need to be addressed, let our urgent care specialists examine them for you. Contact us today to set an appointment.